Board of Directors Listing

The Friends of the Marsh formed in 2005 to help protect and promote the Marsh. The Friends set their sights, literally, skyward.

In 2006, soon after formally becoming an entity, the Friends started to raise money to construct the State of Wisconsin’s tallest wooden observation tower. The kickoff began by hoisting local media and interested citizens up 100’ in a fire truck bucket. Fundraising started by collecting spare change in buckets at local events. However, progress soon began in earnest when many large donations from local foundations and employers became a reality.

Today, the Friends are embarking on yet another mission to improve the educational facilities and meeting space at the Marsh.  The goal is to partner with Sheboygan County to construct an environmental friendly multi-purpose building to house the environmental education classes and activities run by the Camp Y-Koda Outdoor Skills & Education program.  The Friends have the design complete and are actively seeking financial support to create yet another reality at the Marsh! 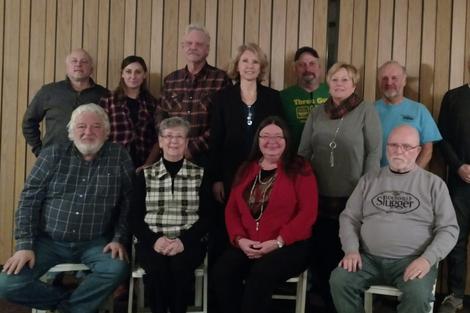